My friend Miruna and her husband wanted dearly children. But for some reason it didn´t work out. All science, physicians and medicine proved helpless.

Till one day that somebody asked them Why don´t you go to Father Mihai?

Father Mihai was a priest living in North Romania, in a village. He was gifted with a clairvoyance that drew hundreds, thousands of people to him. He didn´t charge anything, but people did pay the information they got from him: more or less - depending on each one's purse. Father Mihai didn't use the money for himself and lived further in his old house, but raised a new (Orthodox) church.

Before his death at the beginning of this millennium, Father Mihai became pretty much famous in Transylvania as a natural healer - at least in its North-Eastern part. Here a short story about him:

Ovidiu, a friend of my husband, needed some advice because of a serious disease of his son. He also brought along a photo of Laurentiu, a friend who was also considering visiting the healer. Father Mihai could set a diagnosis upon merely seeing a picture of the person involved.

Upon returning, Ovidiu told Laurentiu what Father Mihai had seen in his health state - "... and he said also, that you are deaf on your left ear!!! Who knows what he had seen..." Laurentiu was aghast: "No, he's right, the old man... It's only my wife who knows that, my left ear is indeed deaf!"

Well, now. My friend Miruna was far from believing such stories. But since anything else was not working and they were desperate about having a child, they decided to visit that healer.

He usually worked with different kind of teas based on the diagnosis he set - but in Miruna's case he also prescribed her, among others, a glass of red wine every day.

No,this story is NOT an invitation that you may drink daily a glass of wine in spite of being pregnant. If it weren't for Father Mihai's power, overrunning biology, the baby would have definitely have the usual malformations on birth due to that alcohol. DON'T do it!

It didn't seem to work out. She only gained some weight, which was very much obvious on her so thin body. But she kept on having her monthlies, on time, even if less than usual. You've guessed, I guess - she did become pregnant. She was in her 6th month already, when she clearly felt the baby moving inside, and did check what was going on...

The baby was born healthy and soon proved also to be a gifted child. Not over-gifted, at least as for now, but clearly above average! 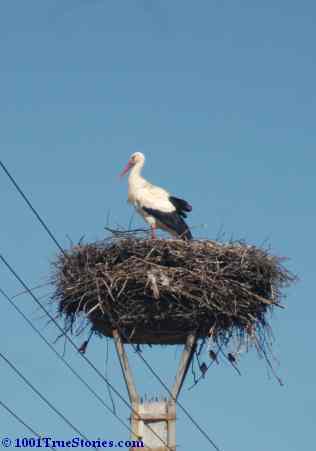 And my most unbelievable unexpected birth story. It happened in Austria, some 20 years before. A high-school class was on a trip, when a girl suddenly started to complain about strong cramps. They were coming and going in waves. The bus had to change its itinerary and delivered her in the nearest hospital.

Can you imagine? They were no ordinary cramps! She had been for nine months pregnant without knowing it, and now it was time to give birth!!! Yes, she had noticed that she had gained weight, but since she did have her ordinary periods...

I shudder by the thought. Aged about 18, she was herself a child. What a shock!