The stories in this section:

This section deals with a special case of strange stories focusing on prophecies, omens and premonitions. To be more exact, strange true stories, lived by myself or people I trust like myself.

To make a clear cut between these terms, here is the place for a few definitions. They are not accurate, they are just convenient. (Anyhow, you may skip this part and directly jump to the stories themselves.) 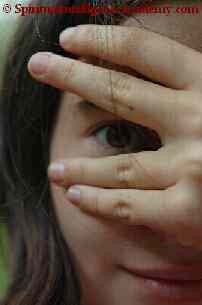 A prophecy is the foretelling of a future event made by somebody who knows it beforehand in some supernatural way. I heard such a prophecy in my high-school time, and it did came true.

An omen is a "sign" (an event) one perceives as foretelling a result or an event which cannot be perceived at that moment, but learned later about. The poor black cat is maybe the best known bad omen. It´s supposed to mean bad news in a near future, or an undesired result about something begun about the time that poor creature crossed the road :) from the left to the right. (Because if it crosses the road from your right to the left, you may pursuit your endeavor and forget the cat, they say. ... Or maybe it was the vice versa?! To be sure, no liability assumed!)

A premonition is a feeling about a future event that somebody "feels" it would happen with no evidence of it by the time the premonition occurs. As the child telling Mom back in the tightly closed communist Romania before 1989 "When I´ll grow up I´ll build a house just as I want, and travel all over the world."

I only signalize here that on SpiritualIntelligenceAcademy.com, the other site I am building, I'll deal some time a bit with these things on a rather theoretical level: the quantum Physics theories involved, and the energies at work.

Don´t back away reading the little word "quantum", there will be not even a formula in it. Everything will be explained for non-physicists.