This is a really mean farce which afterwards became something funny to laugh about, but that could have ended very badly. Do not re-play it!!

Pilots may be several kinds. Womanizer or very womanizer. Born in Aries or not (mostly are). Half-Gods or full-Gods. (If you don´t believe that Gods exist, ask them! They think they see daily one in the mirror.)

According to their job, they may be airline pilots, military pilots, „others” like helicopter or glider pilots, and the commercial / utility / utilitarian pilots this true story is about. (Oh, and automatic pilots :) ! ) 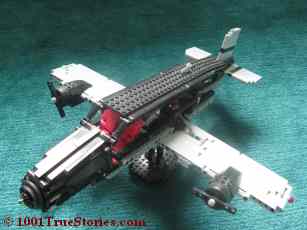 (This Lego airplane photo has a story of its own. I had asked my brother for a picture. He has umpteen thousands of airplane photos, he’s a/n (airline) pilot and also hobby photographer. Whoaaa! He spent hours on looking a proper picture of an Antonov, "Because this was the airplane his fellows making this farce used", he said.

Gosh, little brother, I only need a picture related to airplanes, a cockpit, an aerial photo, anything, to create that atmosphere around what happened, and make readers have the things before their eyes! For us, normal mortals outside your airmen´s world, whwther it is an Antonov or not is not SO important!

And then I got it, my share: he put me in my place with the principle we must have from our late father, RIP. „Do it properly, or not at all...”

If there would be one in a hundred in our country as you are, little brother, our dear Romania would surpass Japan in no time...)

There were three utility pilots sent for a short flying job in a farm of the communist Romania, back in the ’80s. They were charged with the spreading of some pesticides on some fields by airplane. It was a state-run farm, as almost all the farms in the Romania of those days. (The farm grew out of the fields of the private farmers taken by force by the communist government, but this is another story. HIstory.)

The pilots were accommodated all in one room of the headquarter buildings of that farm. The work was meant to last a few days. As for the "pesticized" surface it could have been finished earlier, but the problem was that the pesticides were highly dangerous for the eyes: one could get blind from them. So the time the pilots were exposed to them was strictly regularized.

The last afternoon, after having finished their daily quote, they were all in their room. Because one of them fell asleep, the other two plotted a scheme. They silently darkened with blankets and pillows the window, the door and everything in the room where light could come in. When everything was really pitch-dark, they took their backgammon game and started to play. 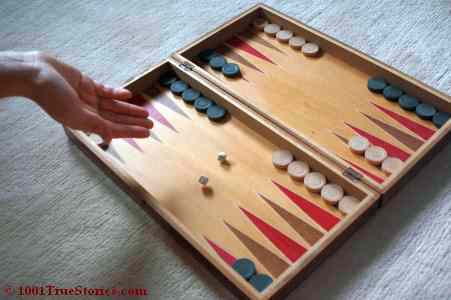 Well, actually to pretend to play. They only tossed the two dices on the hart wooden inside part of the box, making the characteristic noise for backgammon. And they were moving pieces without of course seeing them, after each dice saying things like "4-2, gate", "6-5!, run away, if you can", "Oh, please, God, a 5!"... And other exclamations the kind they occur in a real game.

Now, the dices and the pieces moving on the wooden surface were really noisy, and the pilot asleep slowly woke up.

"What are you doing here in the darkness?!" 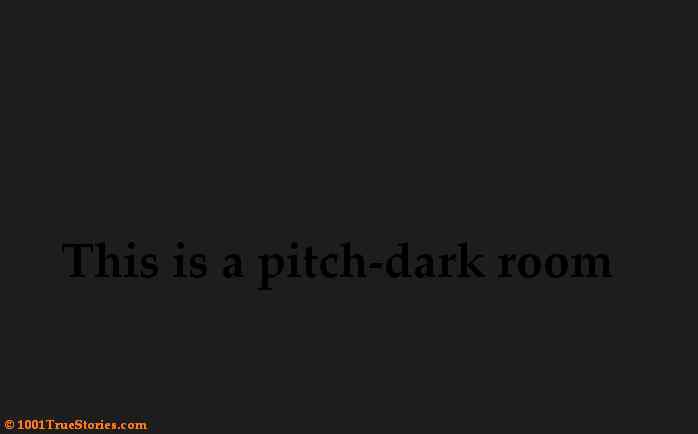 "Come on, switch on the light, don’t make silly jokes with me!"

The fear in the voice of the now fully awake pilot raised to dangerous levels.

... Fortunately for him, his heart was released from the torture right away. Somebody from the people at the farm entered the room bringing some light with him and asking the same question, What are you doing here in the dark?